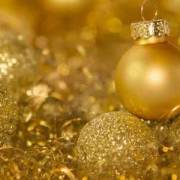 LUNCH AND DINNER WITH COMFORT

BOOK HERE
from Monday till Friday

following the entry into force of the anti-covid rules, our company offers meals within the structure with menus consisting of three courses of your choice

BOOKING FROM OUR WEBSITE YOU ARE SURE TO GET THE BEST PRICE GUARANTEED.

On all our rates ALWAYS A DISCOUNT of 10% of all other Online rates!

WHAT ARE YOU WAITING FOR? BOOK HIER!

We are available to all companies and production activities that need a foothold for their work trips. Special rates and many dedicated solutions that take into account both the needs of the budget but also the fundamental comfort of the Guest.